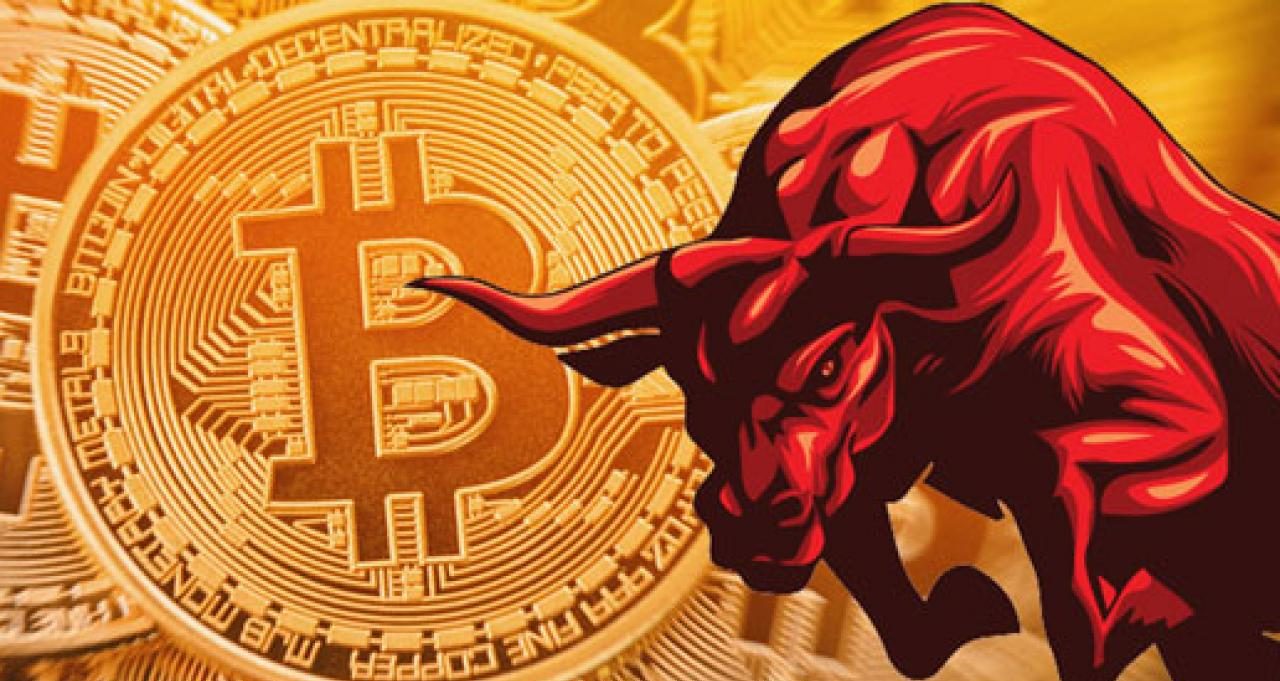 Boerse Stuttgart has developed its own crypto app with Bison. The project has been operating profitably since 2020, and the first quarter of 2021 was even stronger than the entire previous year. But can it prevail against giants like Coinbase?

In the shadow of the billionaire company Coinbase and the recently elected unicorn Bitpanda, another crypto app has grown in recent months, which can show impressive numbers. 400,000 users use the Bison app, and in the first quarter the company is likely to have earned more than ten million euros in the lucrative crypto trade with Bitcoin and Ethereum.

With the Bison app, the Stuttgart Stock Exchange has succeeded in a successful digital project that many large banks and insurance companies in this country are still desperately looking for – and have had to pay millions over the years. It is already a showcase digital project for the financial sector.

But competition for new cryptocurrency investors will increase in the coming months. On the one hand, there is the Stuttgart Stock Exchange, a traditional company founded in 1861. On the other hand, there are some promising startups that have raised many millions of donors over the years. After its IPO, Coinbase in particular announced its intention to expand increasingly into Germany, and its own team is in the starting blocks. What are the odds for bison?

The timing in particular was remarkable; at the beginning of 2019, the Stuttgart Stock Exchange launched its Bison app. The concept: uncomplicated crypto trading with a few currencies such as Bitcoin, Ethereum and Litecoin. At that time, the Bitcoin price was around 3,000 euros. The attention was gone. In retrospect, great luck, because the number of downloads grew along with the price, with the app counting 81,000 users after the first year.

With its concept, it also relied on trust in the brand of the Stuttgart public exchange – a unique selling point compared to other major players such as the Chinese crypto exchange Binance, for example. Bison is designed in such a way that the app works together with various subsidiaries of the stock exchange: Sowa Labs developed the app, the trading partner is Euwax AG, which is regulated in Germany, and Blocknox GmbH is responsible for the custody of the crypto currencies. Only the Berlin Solarisbank as a banking service provider does not belong to the Stuttgart Stock Exchange.

The concept was well received, almost a year and a half after it was launched, the company now has almost 400,000 users, a third of whom have been verified. The trading volume amounted to a total of 1.3 billion euros last year. The latest crypto boom has fueled the business further: “We have already exceeded this amount by far in the first quarter of the new year,” says Ulli Spankowski, who is responsible for Bison at the Stuttgart Stock Exchange.

When trading cryptocurrencies, the company earns money from the spread between the displayed buying and selling prices. This so-called spread is at least 0.75 percent. Bison earns its money with this alone; the provider does not incur any further fees. In the Euwax annual report for the first half of 2020, a trading volume of 370 million euros resulted in income of 2.7 million euros, i.e. exactly the sum of the specified spreads.

In the past year, sales should have been around ten million euros. In the first quarter, the company comes up with a similar amount. If the crypto hype continues, annual sales between 20 and 40 million euros are conceivable. The company did not want to comment on specific figures. With this result, Bison would be one of the larger German fintech players. In addition, the business is highly profitable, as can be seen in the business figures of competitors such as Coinbase and Bitpanda.

The costs are manageable: At Bison, only around 65 employees are currently involved in the project. Of course, there are likely to be additional costs for the stock exchange and other service providers. In the end, it will still be a good plus. And for the future, the fixed costs for trading products are relatively high due to the strict regulation in Germany, but the so-called marginal costs are low. Means: With a few customers, the business is costly for Bison, but the margin improves with growth.

Bison currently has a head start over major international players such as Bitpanda and Coinbase. For regulatory reasons, the Austrian startup and the US company are not allowed to place targeted advertising in Germany because they are not yet regulated by the local financial supervisory authority. For bison, however, this is allowed. Despite the crypto and trading boom in recent months, there was not much to see from Bison, for example, the company did not advertise on Facebook or Instagram. Marketing costs were almost zero.

Goal: Establish yourself as a German player

However, this is probably also due to the growing pains, because the company received more registrations than it could handle. “The demand was so great that our partner for customer identification was temporarily overloaded,” explains Spankowski in an interview with Finance Forward. Well-known providers such as Idnow and Webid had to struggle with the rush to trading apps fueled by the Gamestop share, and many users had to wait weeks for their account to be opened.

As soon as the overload at Idnow is resolved, Bison could further fuel growth with marketing. But the competitors are getting closer. According to information from Finance Forward, both Coinbase and Bitpanda are trying to get a German crypto license. In addition, other brokers such as Trade Republic could start trading cryptocurrencies, and Neobank N26 had also announced the trade.

So far, Bison can point to a few advantages over the competition apart from the German regulation: The provider is significantly cheaper in its fees, for example. Only Justtrade has an even better price. For example, Coinbase charges a fee of 1.49 percent on the total amount for all purchases and sales in addition to the spread of 0.5 percent; Bitpanda is similar. With more and more new providers, prices could come under pressure. For now, Bison doesn’t have to worry about price pressure on fees, most crypto enthusiasts don’t care about fees.